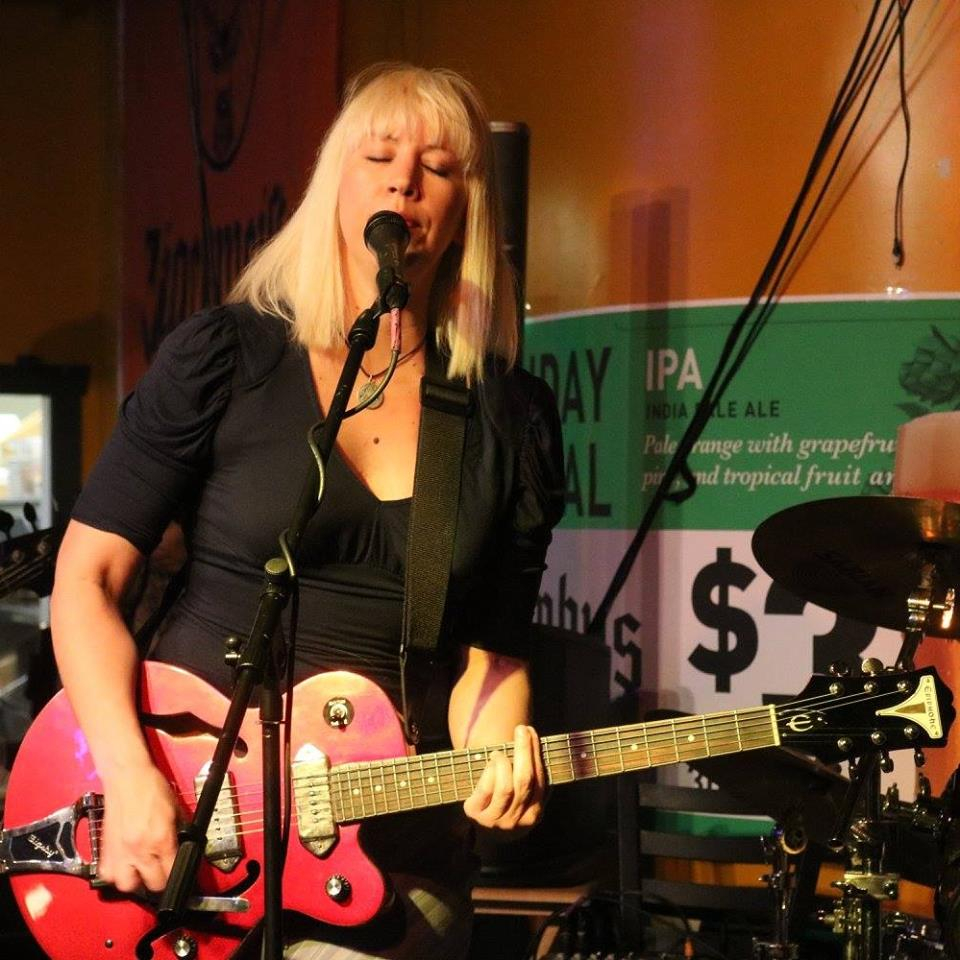 Jen grew up in a musical family in Cleveland, OH listening to her parents and uncles sing and play folk music. She played melodic percussion through High School and began writing her own songs on guitar in college. Folk was not her favorite type of music at the time she began writing her own songs. She mostly liked hip hop, rock, and blues. Her early songs came out very talky, wordy, monotone, and droneish. They were well received in college, and she continued to write songs and play guitar. She then wanted to jam with other people but every time she tried to grab a guitar solo in the musical group she was playing with, they cut her off, so she decided to start to play mandolin. She thought that the higher sound of the mandolin could cut through the sounds and grab solos. This worked, and she began honing her skills on the mandolin though not in the traditional bluegrass style. She developed her unique style more in a rock fashion and she joined a rock band as a lead electric mandolinist. She began booking shows for this band and learning how to manage a band in general. When that band broke up, she started her own band with her own songs. In 2008, she auditioned musicians, who half the time thought the audition was actually some kind of a date, and didn't even bring their instruments. She weeded though many subpar and sexist candidates. Her goal was to create a unique sound with various instruments not usually played in a rock band. From then until now, she has seen many band member changes but in 2014, she recorded her first record and signed the band's music to Kingswood Records. In 2015, she booked and international tour to promote her record "What You Do In The Dark." In early 2017, she found a sound she had been looking for with a baritone saxophonist, who could play bass when she plays mandolin and in general bring a jazzy sound to her rocky songs. She continues to experiment with different instruments and inverted versions of rock, blues, jazz, and R&B song structures, and to book and play shows around the country.